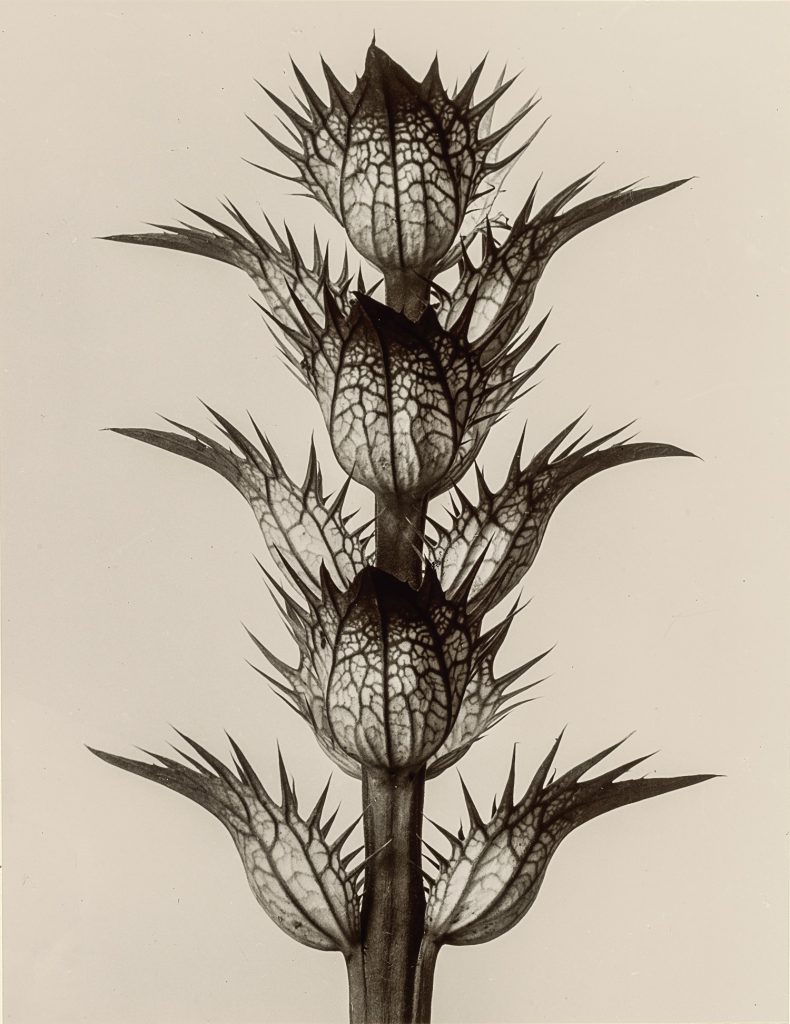 For Karl Blossfeldt, a photographer, teacher and sculptor, nature was the foundation of all existing forms. To prove this, he spent three decades creating an exhaustive photographic catalogue of a myriad of plants that emphasised on shape and form. The plants were all collected from track sides and railway embankments, as opposed to choice varieties from botanical gardens or florists. By using a pinhole camera (designed by him) with custom magnifying lenses, Blossfeldt’s B&W photographs against a plain backdrop are characterised by their scientific outlook. Even then, there is a certain refined beauty that emanates from the images, owing to the simplicity of the subject and the unearthing of its graphical and geometric characteristics. The purpose of the photographs was to teach his students at the Museum of Decorative Arts in Berlin about the patterns and designs found in natural forms. “The plant never lapses into mere arid functionalism; it fashions and shapes according to logic, suitability, and with its primeval force compels everything to attain the highest artistic form,” he had said.

In his lifetime, Blossfeldt authored two books—Urformen der Kunst, 1929 (Archetypal Forms of Art) and Wundergarten der Natur, 1932 (The Wondergarden of Nature). The former is his seminal body of work, originally intended as an academic tool for industrial and commercial designers, but upon being published, was lauded as a work of art. He was of the firm opinion that contemporary art would evolve in its true direction only through the close study of the elemental beauty present in natural forms. “If I give someone a horsetail, he will have no difficulty making a photographic enlargement of it. Anyone can do that. But to observe it, to notice and discover old forms, is something only few are capable of,” he had said.