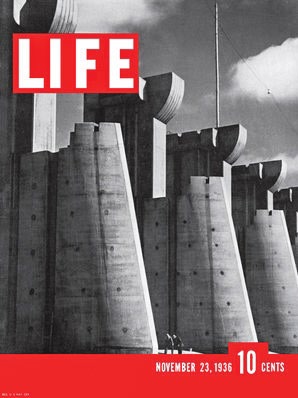 LIFE had originally been a general interest magazine founded in 1883. In 1936, Henry Luce bought the rights for its name for his company, Time Inc. Luce was insistent on starting a news magazine with an emphasis on photojournalism, and in November in the same year, LIFE as we remember it, hit the stands. It was the first all-photographic American news magazine, and it contained fifty pages of images along with captions. During its run, the magazine defined the themes that would concern citizens of the United States, and was read by 13.5 million people.