Few days after the Battle of Gettysburg (1863) had reached its climax, Alexander Gardner and his assistants arrived at the site to photograph the aftermath. As they made their way through the bloody fields, Gardner photographed A Sharpshooter’s Last Sleep (the image on the left), showing a corpse of a sharpshooter lying on the southern slope of a hill called the Devil’s Den. However, Gardner was not content with the scene and moved the body to a more picturesque location called the Sharpshooter’s Den, and made another exposure. The resulting image,  (the image on the right), was a more dramatic representation of the war to remind viewers of the tragedy involved. 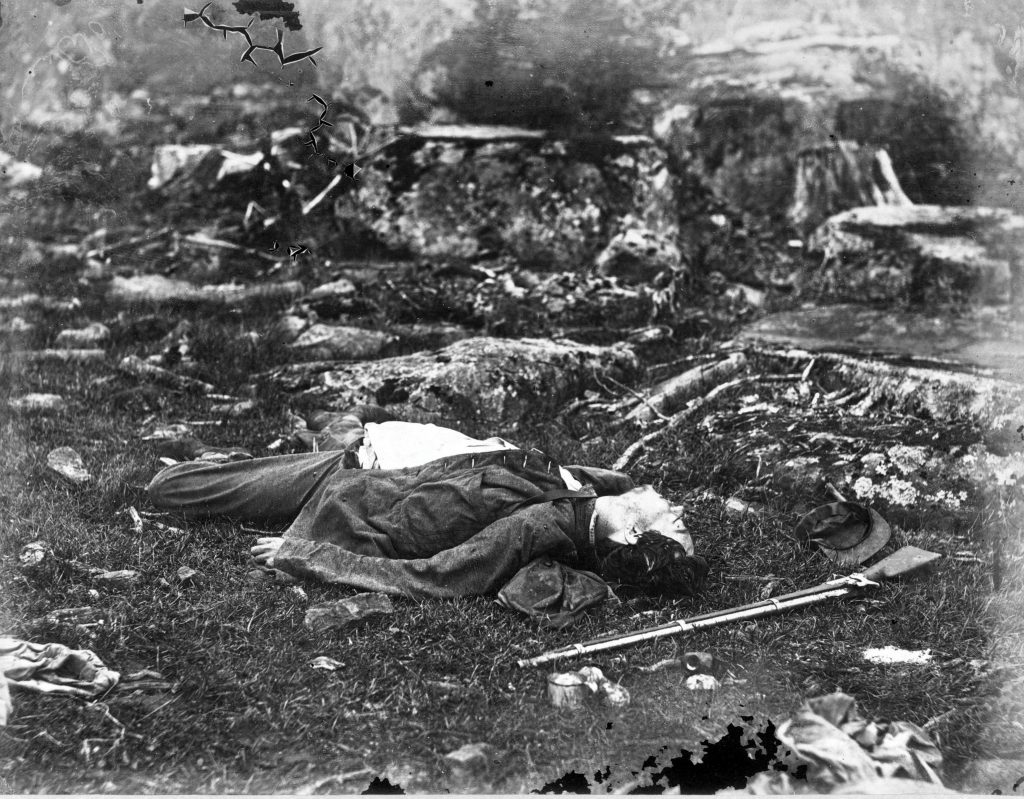 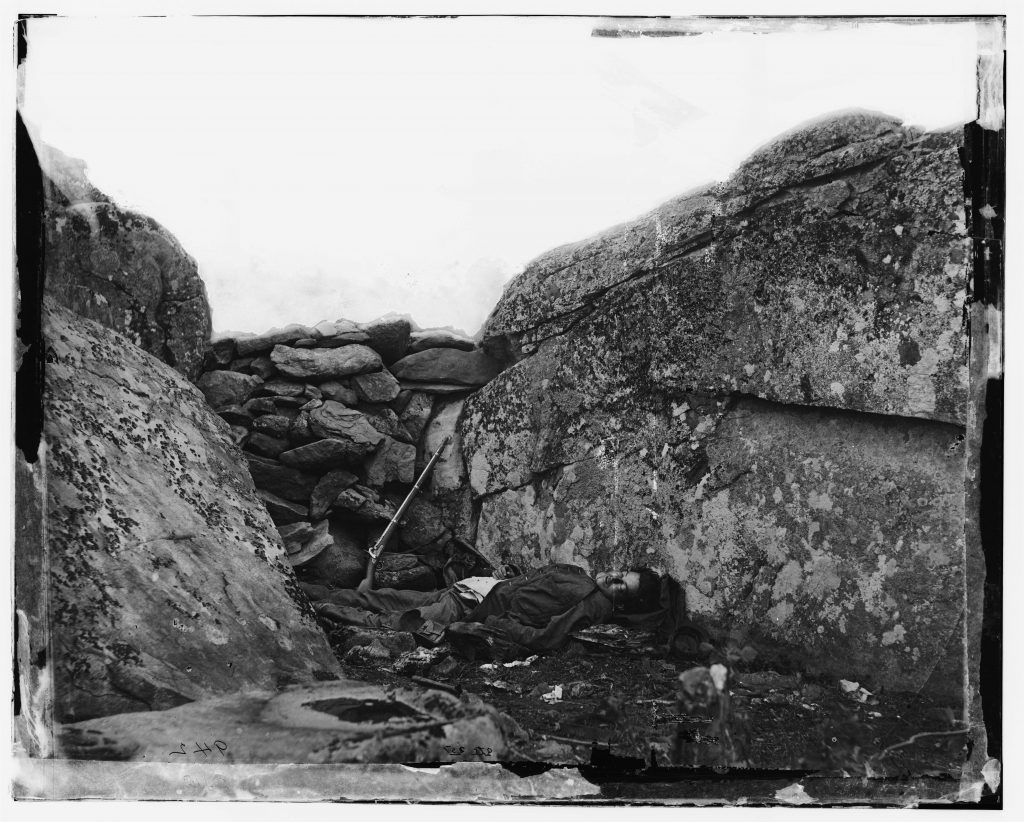 For more than a century, no one questioned Gardner’s photographs, until 1975, when historian William Frassanito confirmed that the images were staged, after he found that the corpse in both the images belonged to the same individual. Also, it was found that the rifle in the picture was a prop, as it wasn’t a kind used by sharpshooters at the time. The face of the corpse too, was deliberately turned towards the camera, so as to increase the impact of the photograph. Manipulation of this nature was common at the time, especially since cameras were slow, and photographing a battle in action was nigh impossible.