Raj Lalwani unravels some lesser known facts and tricks that will help you transform your photography at the wide end. Wide angle lenses are excellent tools for street photography. When used well, they can help include multiple elements and can literally make you smell the street. Photograph/Raj Lalwani

Whenever we look at the world around us, our mind functions like a wide angle lens. We see what is in front of us, but also try to take in as much of the scene, as much of the experience, as possible. Photography at the wide end can be similarly rewarding, as long as you keep a few things in mind.

1 Not Just About Getting Everything
In Contrary to popular perception, going wide is not about including more elements. Instead, get closer and observe how the lens seems to exaggerate the distance and relationship between each element. The drama of a wide perspective is not in wide lens on a non full frame camera. Almost everything is sharp, so focusing errors are barely visible.

2 You Need to Watch Those Corners
Most wide angle frames suffer from distracting elements or too much space on the side. Again, get close and eliminate. Optical problems like fringing and distortion are also most visible at the corners. Avoid including a human figure at the edge, when using a lens wider than 28mm.

3 Faster to Focus, More Forgiving
Speedy AF makes them great for street photography. They also have a large depth-of-field, especially if it is a wide lens on a non full frame camera. Almost everything is sharp, so focusing errors are barely visible.

5 Wides are Excellent Stealth Machines!
If the lens is really wide, a person standing near you will not guess what your actual frame is. Your camera may be pointing to his left, but he will still be a part of your photo.

6 Useful for Shooting in the Dark
Besides a fast normal lens, a wide angle is the best possible tool for low light photography. The wider the focal length, the easier it is to handhold at slow shutterspeeds.

7 Flash Possibilities are Endless
When using a flashgun with a wide lens, zoom the flash head to a value that is higher than the focal length of the lens. This will make the flash illuminate only a part of the overall frame. Remember, a wide lens may cause a shadow when using the on-camera flash.

8 Macros with a Wide!
When used with a reversal ring, a wide angle lens has a fantastically high magnification ratio, making it a great tool for intricate macros.

9 Know How Wide You Really Must Get
Sure, it may be tempting, but remember, compositions wider than 24mm are difficult to control. Ultrawide lenses can help shoot in constricted spaces, but their use should not be just a visual gimmick.

10 Wide Angle in Your Pocket
The wide end of a compact camera or a DSLR kit lens is usually around 28mm, so you do not need to buy an expensive, dedicated lens to expand your wide vision and practise your skills. And of course, the humble cellphone is the most ubiquitous wide angle prime! 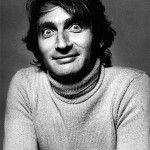 Jeanloup Sieff, this French photographer was one of the first practitioners to photograph people almost exclusively with a wide angle lens. His use of the lens’ inherent distortion to shoot the human body for fashion and nudes has been aped by many. 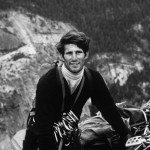 Galen Rowell used a range of lenses, but his favourite was an inexpensive, small 20mm prime. According to this iconic landscape shooter, the ability to walk several miles was way more important than obsessing over whether a lens was ‘pro grade’ or not. 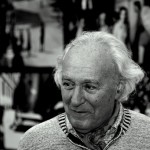 William Klein always rejected conventions. His preferred a 28mm and 24mm because getting really close to his subjects would result in what he called visual chaos, something that he would often use to heighten the tension in his high-contrast, grainy work. 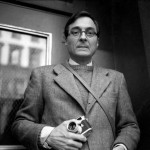 William Eggleston’s groundbreaking colour work is usually a conversation with the obvious, where he has found beauty in the mundane. He often works with a wide lens to subtlety add a hint of drama in whatever commonplace object he shoots. 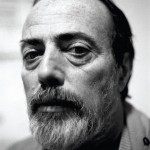 Bruce Gildenmakes the wide angle lens a confrontational tool, as he gets up close to pedestrians and shoots them with a 21mm and flash. The ethics of his working style have been largely debated, and he himself says that as he’s got older, he has got even closer. 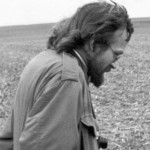 Josef Koudelka, this iconic photographer shot his seminal Gypsies book, entirely on a 25mm lens. He did this for two reasons. He needed to shoot in very cramped spaces. It also resulted in more intimate photos, rather than a distant, disconnected view.

Quick Tip to Find Hyperfocal Distance
It largely depends on the focal length and the aperture being used. There are online calculators such as www.dofmaster.com or apps like DOF Master (iOS) and DOF Calculator (Android).