The lighthouse is located in a peninsula and close to buildings on the land. I lowered the camera close to the grass and zoomed all the way to 300mm. Photograph/Alves Filho

Like with many other photographers, the city I live in is subject to my work. I am lucky to live in a city like Salvador, Brazil, where there is a lot to be photographed. There are just so many historical sites, beautiful beaches, cultural events happening all the time! The city has been my muse for a long time already. And so, when I decided to start the 365-day project, it was just a question of choosing the perfect place.

My Perspective
I chose the lighthouse because it offered me innumerous possibilities and the challenge of coming up with unique photos of one of the most photographed locations.
The area in which the lighthouse is situated also influenced my decision. It is a stunning place to be in—waking up early to go there and spending a few hours was certainly not a problem for me. Also, a lighthouse is the symbol of hope that guides us when in we are in peril. I jumped in the water and snapped this photo, timing it carefully as a wave passed by. Keeping balance and focus at the same time was challenging. Photograph/Alves Filho

The Process
The first few photographs were easy, since I was starting from square one and every angle was a new one. After the obvious photos were gone, it started becoming more challenging. Not only were there less compositional options, but I had raised the bar higher. This is why the last 50 photographs became special for me.
Capturing different angles required going to places where access was restricted, dangerous and expensive. It involved a lot of emails for permissions to shoot from nearby hotels and buildings. I even went to the extent of renting a helicopter. Also, since the project was available online, it made explaining things to the relevant authorities easier.
Prior to this project, I had only photographed the lighthouse on beautiful, sunny days, at sunset. While we do not have drastic changes in seasons, and the weather ended up being one of the main elements that shaped this project. I worked with the rain, the position of the sun, ocean tides and the phases of the moon to make unique photos that have a strongly characteristic mood.
For variety’s sake, I had to get to the equipment wet, salty and full of sand. It got a bit dangerous sometimes, especially when I was trying to compose with big waves splashing down in my direction.
Publishing a new photo every day was one of the key points of the project. It forced me keep the project going even on days when I was not in the mood. To top it all, the response was very heartwarming.
I was pleased to have completed the marathon but was heartbroken at having to stop. I wished I could keep the project going, and I even considered continuing to publish new photos to the website.

My Equipment
I used two DSLR bodies along with a 10–20mm lens, a 100–300mm lens and an 18–105mm kit lens. I also used Neutral Density and polarising filters for long exposures. I wanted to show the family-friendly environment that you find on any given Sunday around the lighthouse. Photograph/Alves Filho

Tips to Get You Started on a 365-Day Project

To view the rest of the photographs from this series, you can visit www.alvesfilho.com/365/ 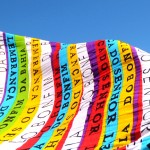 The beach towel reads “Reminder of Bahia” and is an emblematic souvenir of the city of Salvador. I asked a street vendor to hold it against the wind. Photograph/Alves Filho 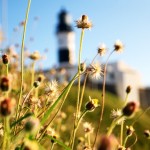 It took me more than 330 photos to find these charming flowers that most people consider weeds. Photograph/Alves Filho