Why the Panasonic GH4 is Not Just About 4k

While we are all excited at the fact that the Panasonic GH4 is the world’s first interchangeable-lens mirrorless camera to shoot 4k video, there are a lot of other video improvements that are equally significant, if not more.

It must be remembered that the GH3 was, until now, the gold standard in terms of video quality, especially when compared to other interchangeable-lens cameras that also shoot stills. Besides the addition of 4k (something that the Canon EOS 1D C offers, as well), the GH4 ups the game in terms of the quality of the Full HD video that it records.

The 200Mbps bit rate is the most notable feature of the GH4, a massive improvement as compared to the GH3 that could record up to 72Mbps. This clearly separates it from DSLRs in the market that shoot at far lower bit rates, and it would be interesting to see how companies like Sony and Canon respond.

That apart, the new ALL-I intra mode compression and quicker off-sensor movement of data are bound to result in crisper footage and less rolling shutter. There is also an optional YAGH interface adapter for XLR audio input and SDI output and 4:2:2 colour at 100Mbps. Even more unique is the ability to shoot Full HD video at 120fps.

Considering all these pro features in a body that is expected to cost less than USD 2000, the GH4 is a solid video camera, even for those who do not need 4k… which would be a lot of people since the overall chain of system and broadcast hasn’t moved up to 4k yet.

It’s very easy to forget in the midst of all this that this is Panasonic’s most high-end stills camera. The features and sensor are similar to that of the GH3, but the EVF and screen resolutions have been improved.

Want to know what the camera feels like? We shot this video just awhile back! 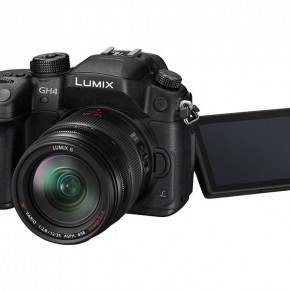 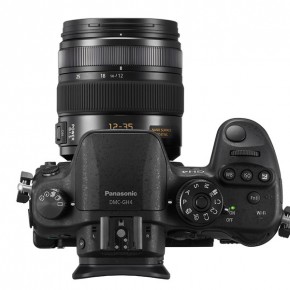 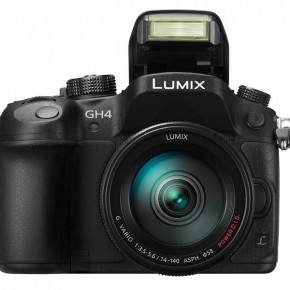