Title: Statue of a Woman “The giant wheel, the statue of a woman and the colours of the sky were delightful. I simply had to preserve the scene for posterity in a photograph.” Camera: Canon EOS 500D Lens: Canon 18–55mm Aperture: f/11 Shutterspeed: 1/250sec Photograph/Vishal Nale, Pune

These are some of the images sent by our readers, published in the March 2011 issue of Better Photography.

If you want your photographs showcased, send in entries to: 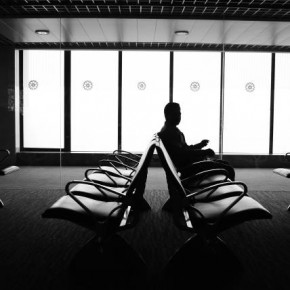 Title: Waiting “The photograph was taken while a man waited at the airport. I really liked the tonality and the natural contrast of the scene. While the seats form a repetitive pattern, the light coming through the windows brings in a kind of softness to the picture.” Camera: Nikon D3000 Lens: Nikkor 18–55mm Aperture: f/3.9 Shutterspeed: 1/25sec Photograph/Akhil Sharma, Pune 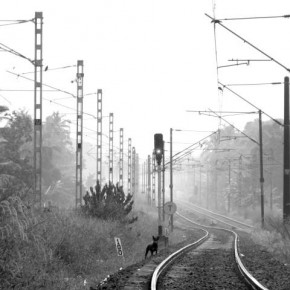 Title: Dog on the Tracks “Empty and deserted tracks always evoke a sense of loneliness in me. I fi rst noticed this track during noon and thought that it would make a great picture in the morning mist.” Camera: Canon PowerShot SX10 IS ISO: 200 Aperture: f/5 Shutterspeed: 1/15sec Photograph/Gichu Tom, Kerala 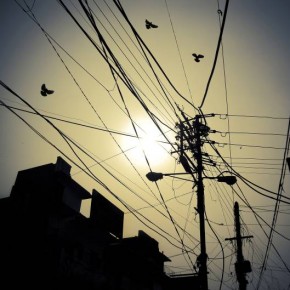 Title: Wired “I had raised my head towards the sky and noticed these wires. I felt that this clearly described the pattern of human life in a metro.” Camera: Sony Cyber-shot DSC-W220 ISO: 125 Aperture: f/7.1 Shutterspeed: 1/1600sec Photograph/Saurabh Bhatia, New Delhi 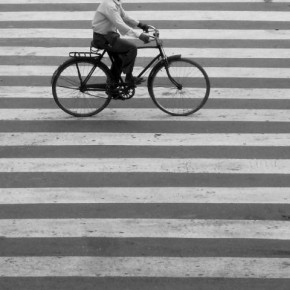 Title: Crossings “The stripes on the road looked attractive so I kept on shooting until a human element was added in the frame.” Camera: Sony Cyber-shot DSC-N2 ISO: 200 Aperture: f/8 Shutterspeed: 1/800sec Photograph by Sandip Niroula, Kolkata 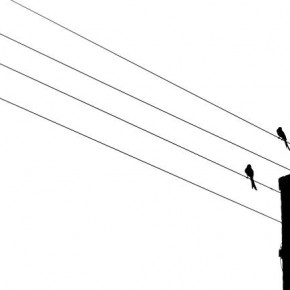 Title: Two Birds “One evening when I went to a farmer’s land, these two birds sitting on the wire caught my attention. I have processed this image from colour to a black and white photograph.” Camera: Canon SX120 IS ISO: 100 Aperture: f/9 Shutterspeed: 1/250sec Photograph/Amit Mondal, West Bengal