The Very Best of Tamron Chellenge 2020

Tamron Challenge 2020, powered by Better Photography, saw a multitude of fantastic images that were submitted across five diverse categories. Here is a look at our esteemed judging panel and some of the very best photographs selected by them.

Entries for Tamron Challenge 2020 began in the first week of January, and closed at the end of February. The contest saw a total number of 925 participants, and 6228 images across five varying categories—Emotions at Weddings, Macro: an Unseen World, Portraiture: the Joy of Faces, Street: Everyday Life, and Wildlife: Untamed in the Wild.

Each of these genres require a certain level of expertise. To ensure a fair process, Better photography assigned two
judges for each category, both of whom are accomplished professionals in their respective genres. After an initial round of shortlisting by the Better Photography team, the judges looked at the top 30 images in their respective categories. After five contentious days, our panel of six narrowed down the selects to the most compelling photographs submitted to the contest.

The winning images are a display of talent, presence of mind, and heart. Each of the photographers have a keen understanding of how to tell a captivating story through a single image. All category winners will receive a Tamron AF 70–300mm f/4-5.6 Di LD Macro 1:2 lens, and the runners up will receive a photographer’s jacket, along with other Tamron merchandise. 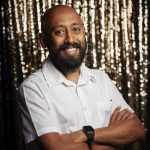 Chenthil Mohan A documentary photographer, he is the recipient of the 2016 Silk Photo award as well as the Better Photography Wedding Photographer of the Year Award 2012 award in the Couple Portraiture category. He is a Fujifilm X-Photographer from India. Chenthil was one of the judges for Emotions at Weddings. 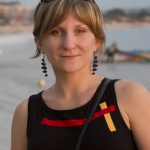 Natalia Arantseva She is a portrait, fashion and fine art photographer who has taught in different countries as a workshop instructor, and has been published all around the globe. Natalia was one of the judges for Emotions at Weddings. She was also the tie-breaker judge for Portraiture: The Joy of Faces, and Street: Everyday Life. 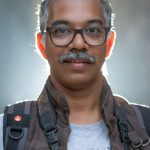 He works with Raymond Limited—a renowned textile manufacturing company, but his love for nature is expressed through photography. He has developed a free Mobile App on butterflies of Mumbai called ‘I love Butterflies.’ He was one of the judges for Macro: An Unseen World, and Wildlife: Untamed in the Wild. 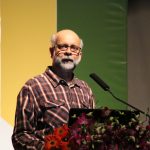 Sunjoy Monga He is an independent professional working in the field of nature and ecology documentation, travel and eco tourism, and educational initiatives. Sunjoy is also a full-time naturalist, and was one of the judges for Macro: an Unseen World, and Wildlife: Untamed in the Wild.

Selvaprakash Lakshmanan He has been featured in several leading publications and has been a staff photographer for Dinamalar. He was also Chief Photographer with Dinakaran, DNA and Time Out magazine. He was one of two judges for Street: Everyday Life, and Portraiture: The Joy of Faces. 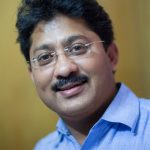 Apratim Saha He is a commercial photographer with over 35 years of experience, from traditional film to digital photography, specialising in people photography, portraiture, lifestyle and editorials. He is a brand ambassador for Tamron and was one of the two judges for Street: Everyday Life, and Portraiture: The Joy of Faces. 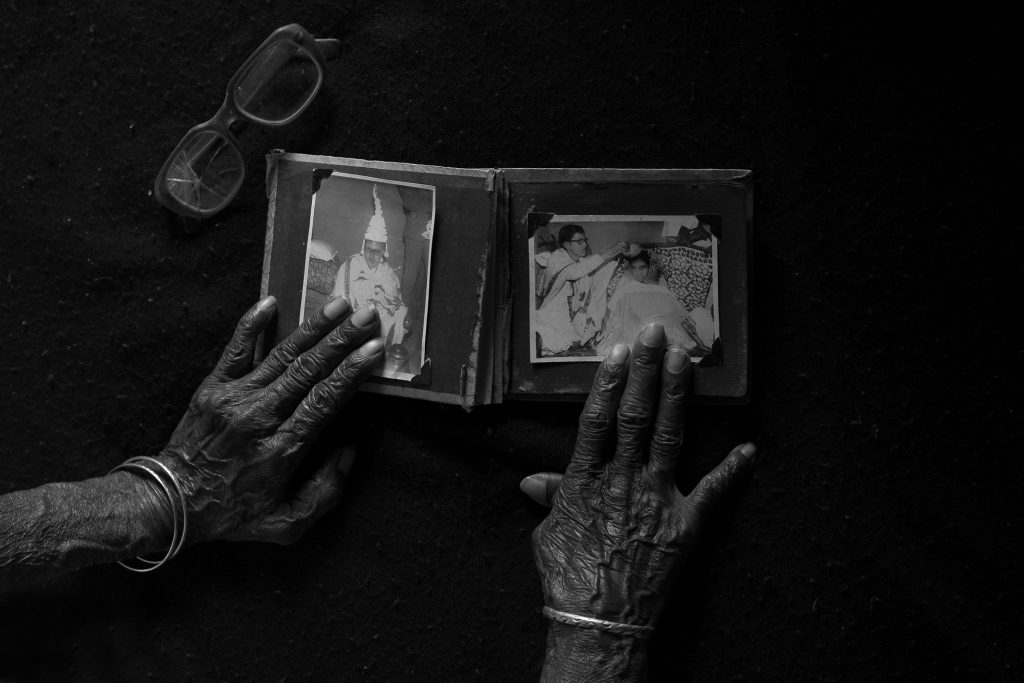 One afternoon, I came upon my paternal grandmother wistfully gazing at her own wedding photographs. Moved by her sense of nostalgia, I made this picture. 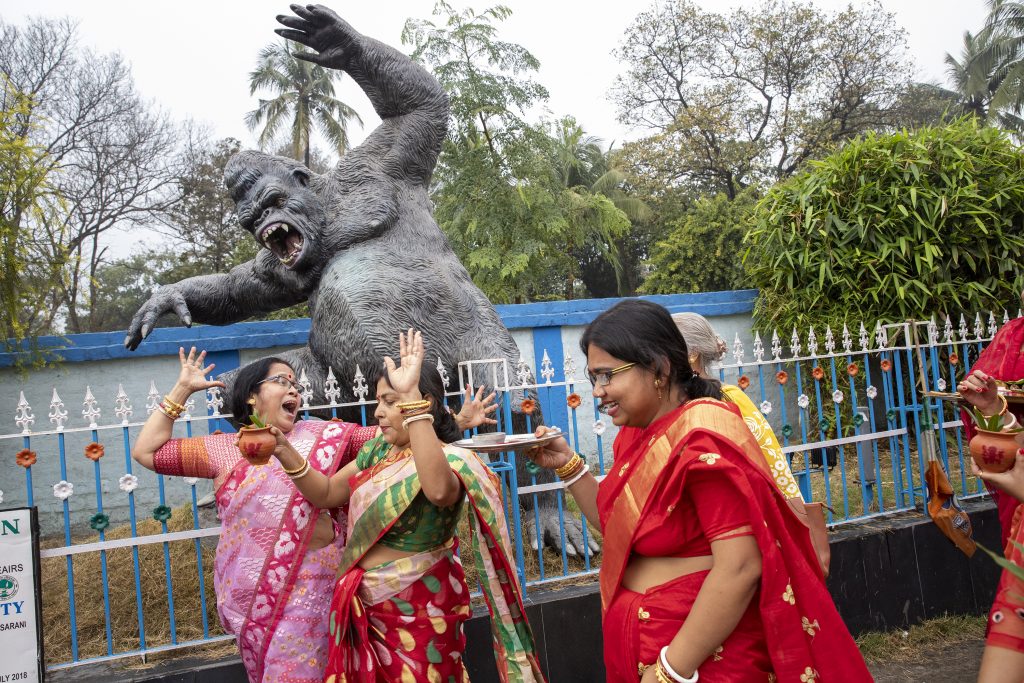 Bengali wedding ceremonies include a ritual known as jol shoi, where women from both the bride’s and groom’s side walk together to collect water from a nearby river or pond. This image was made during one such procession, which was accompanied by song and dance. When I noticed the statue of the gorilla, I quickly positioned myself across it, in anticipation of an amusing moment. 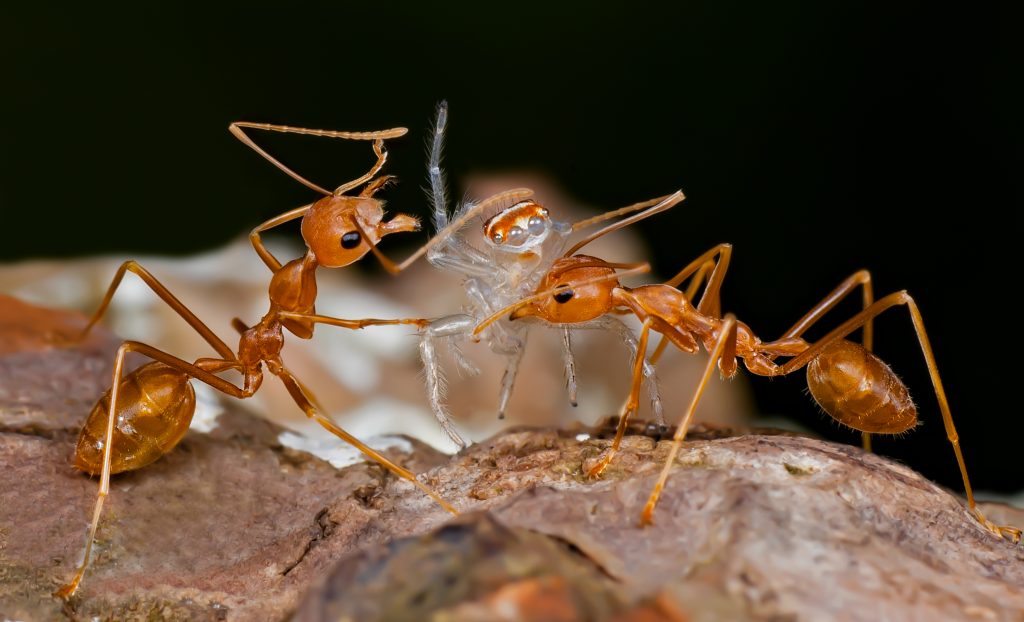 I was at Bhagwan Birsa Biological Park in Jharkand to study the hunting behaviour of weaver ants, when I witnessed two of them carrying the exoskeleton of a jumping spider. It was quite a sight for me, as I had never observed something like this before, and I moved quickly to capture them. 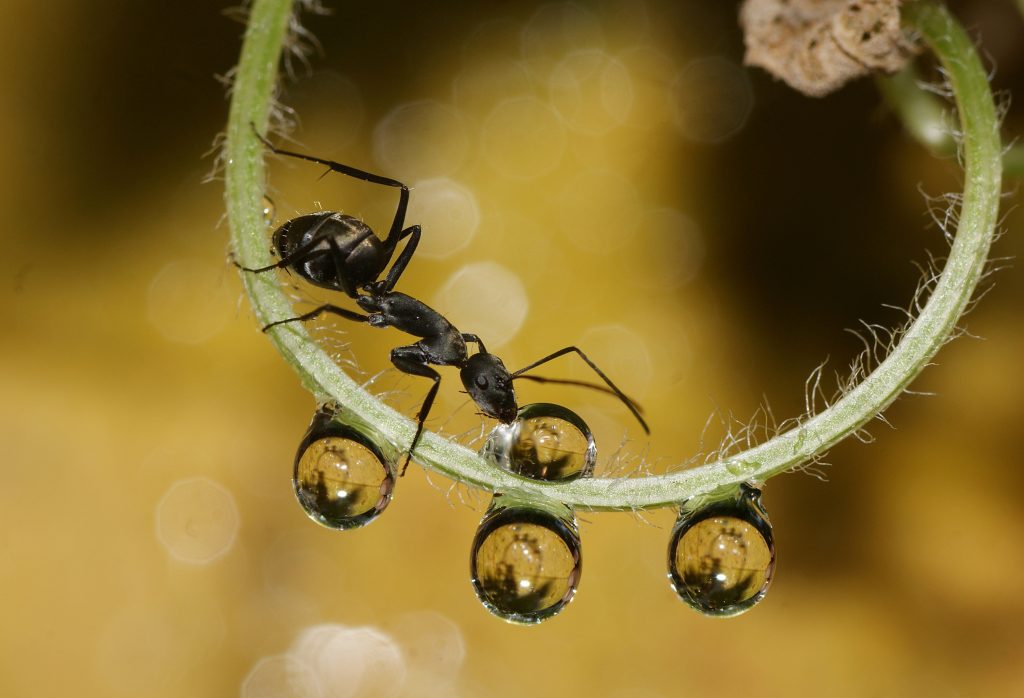 For me, the moment when the ant approached the (naturally occurring) pearl-like drops, I was reminded of how a macro view of a small section in my yard could be a world in itself. 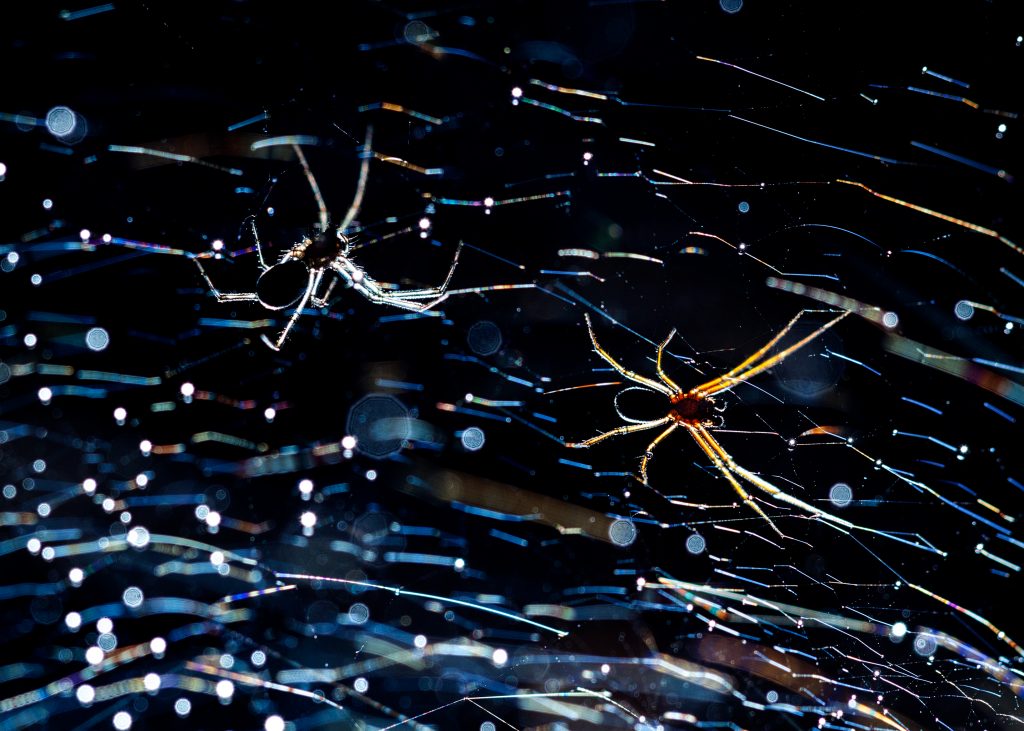 It was quite windy when I was attempting to make this picture, and as the cobweb swayed, the drops of water on its strings glimmered like little stars. After a while, I finally managed to capture a sharp picture of the two spiders across their shimmering web.

Portraiture: The Joy of Faces 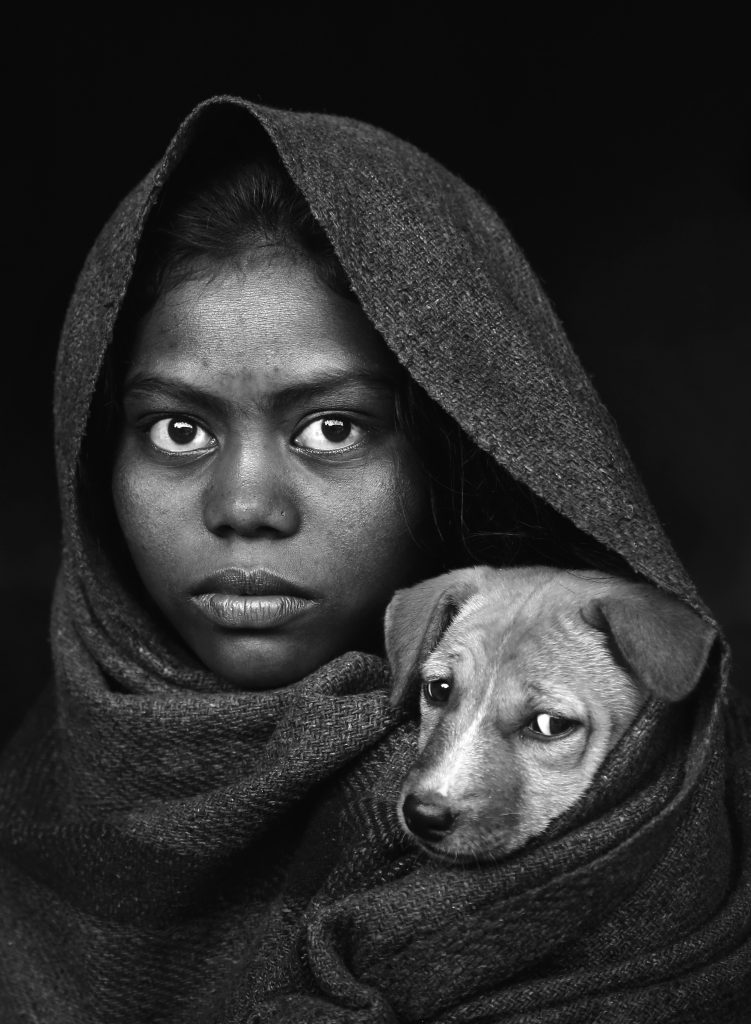 I was enraptured by this charming friendship of the young woman and her puppy. Photographed on a rather chilly day at Hariharpur in Uttar Pradesh, she wrapped herself and the dog in a blanket, holding him close, trying to keep the piercing cold at bay for both of them. 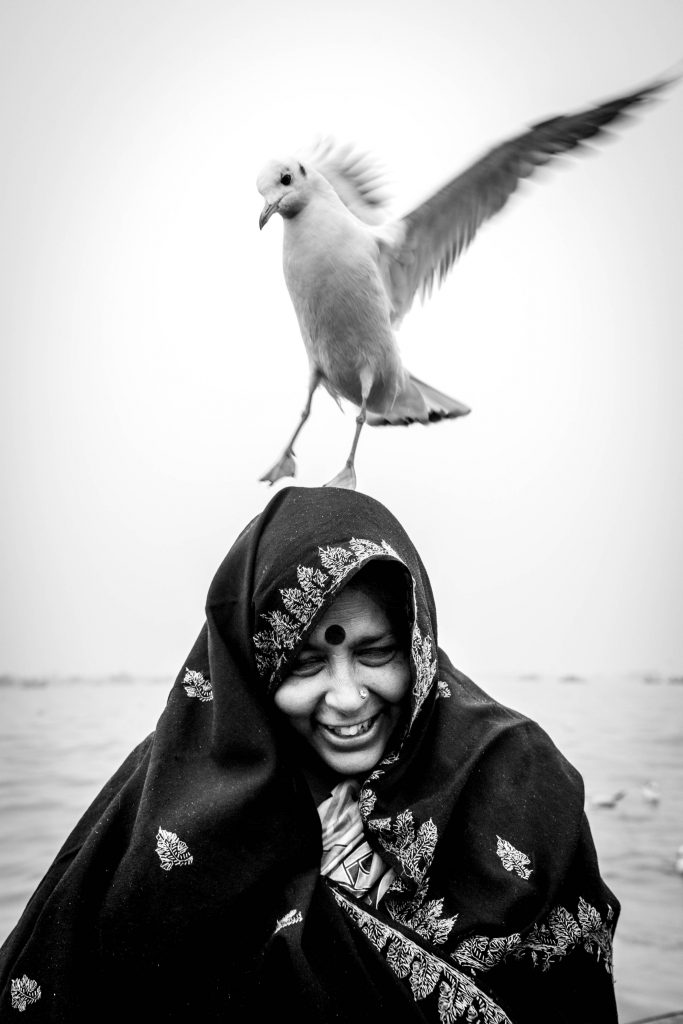 This photo was taken on a winter morning in Varanasi. My aunt was sitting across from me in a boat while we were on the Ganges, feeding migratory birds that were visiting the city. There was an instant where one of the birds attempted to perch on her head, and although my aunt may have felt startled, she appeared quite amused. 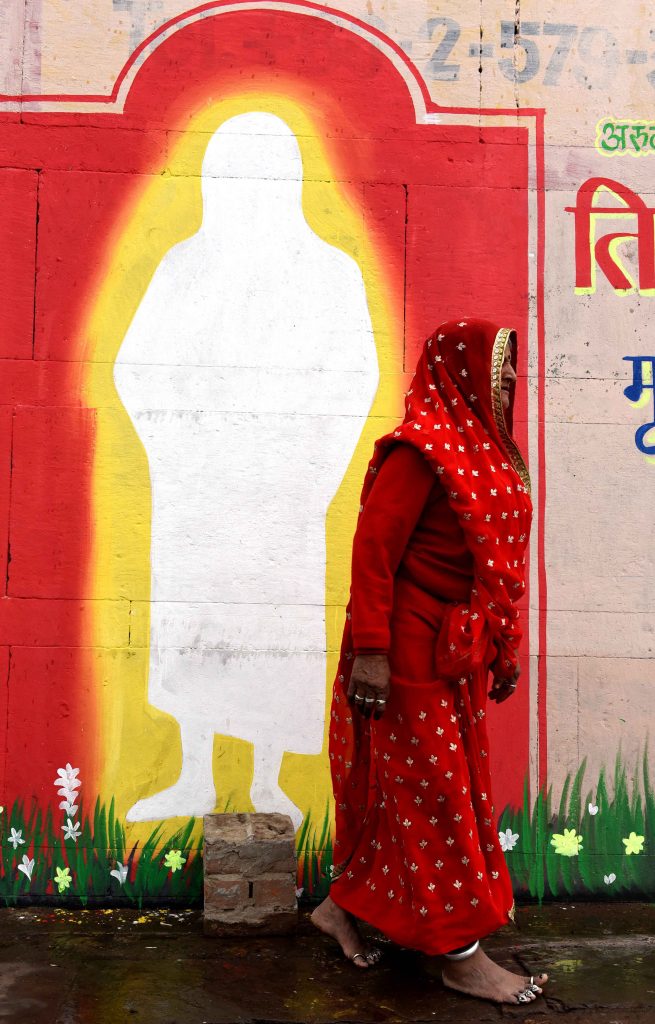 The weather was fairly overcast in Varanasi when I came across this woman, resting against a painted wall, waiting for a pause in the intermittent drizzle. While this made for an interesting frame by itself, I decided to hang around a little longer. Fifteen minutes later, the clouds parted to give more light, and the lady began to walk away. That was the moment I’d been waiting for. 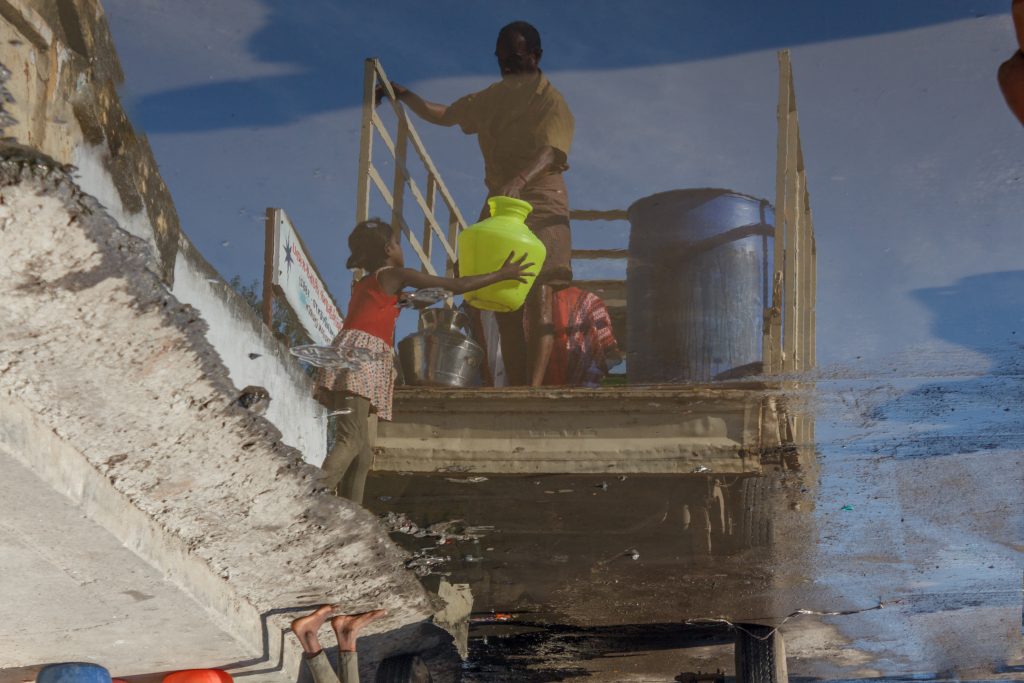 I was looking to depict the issues people in Chennai face due to water shortages in the summer, when I came across this scene in Old Washermanpet, where a young girl was getting a water container filled by the man in the truck. In order to emphasise the situation, instead of photographing the scene as it was unfolding, I pointed my lens at the puddle at their feet to photograph their reflections.

Wildlife: Untamed in the Wild 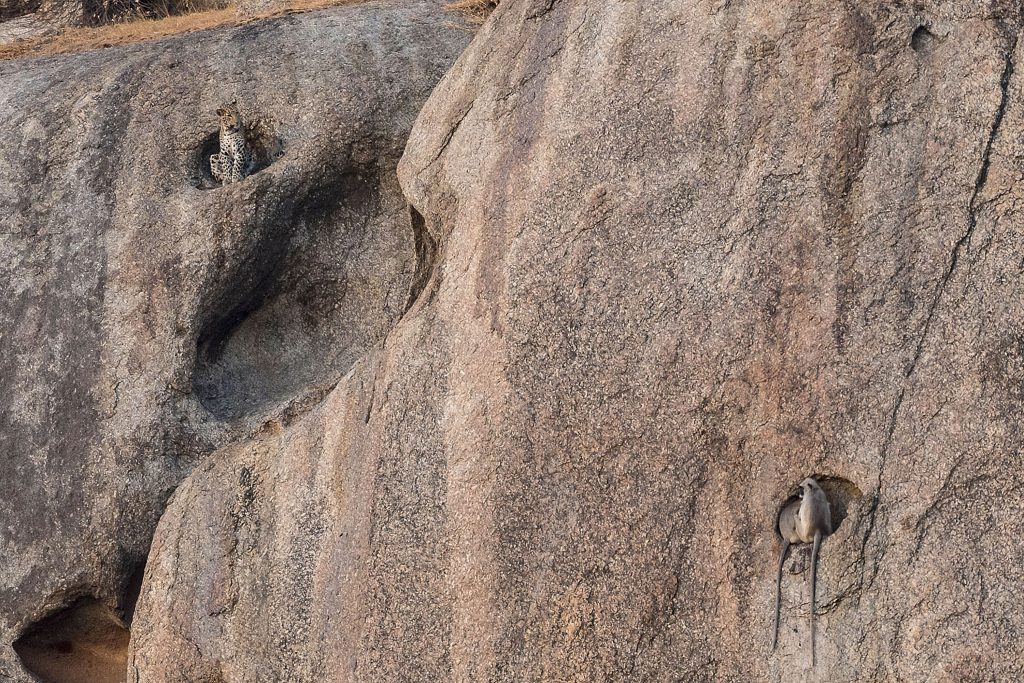 We were on a safari in Sena, Rajasthan, when we observed a leopard trying to hunt gray langurs. It was fascinating to watch the monkeys tease the predator, confident that it wouldn’t be able to reach them where they were. The disgruntled animal stayed there for a long time, refusing to peel its eyes away. 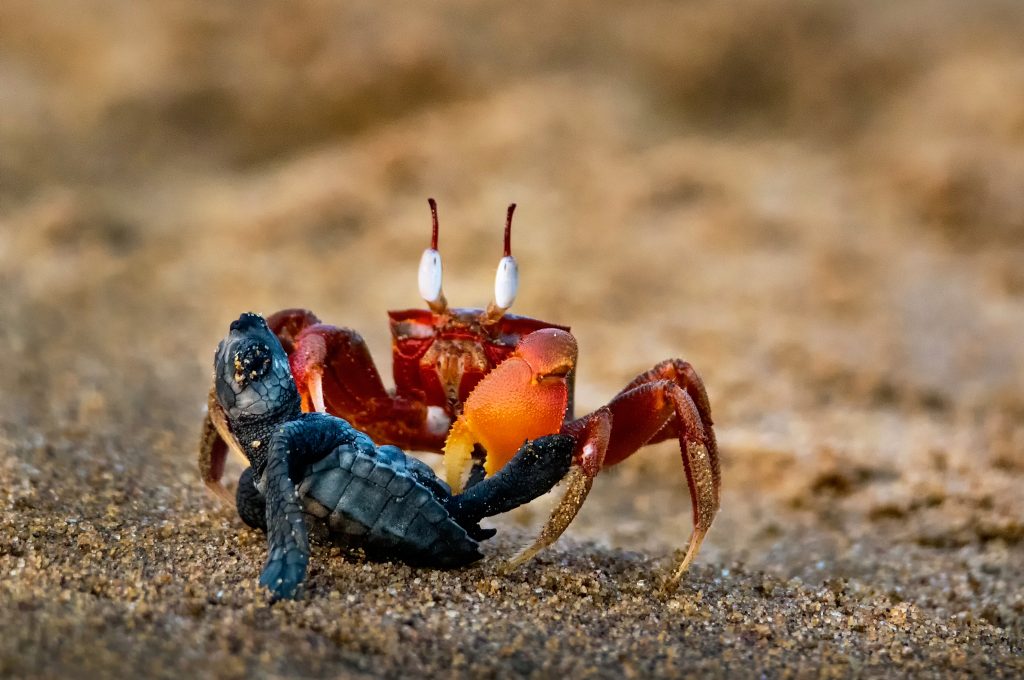 A newly hatched olive ridley sea turtle is seen attacked by a red crab at the Gahirmatha Beach in Orissa. These crabs are otherwise known to be timid creatures, but here, they reminded me of how ruthless the natural world can be.