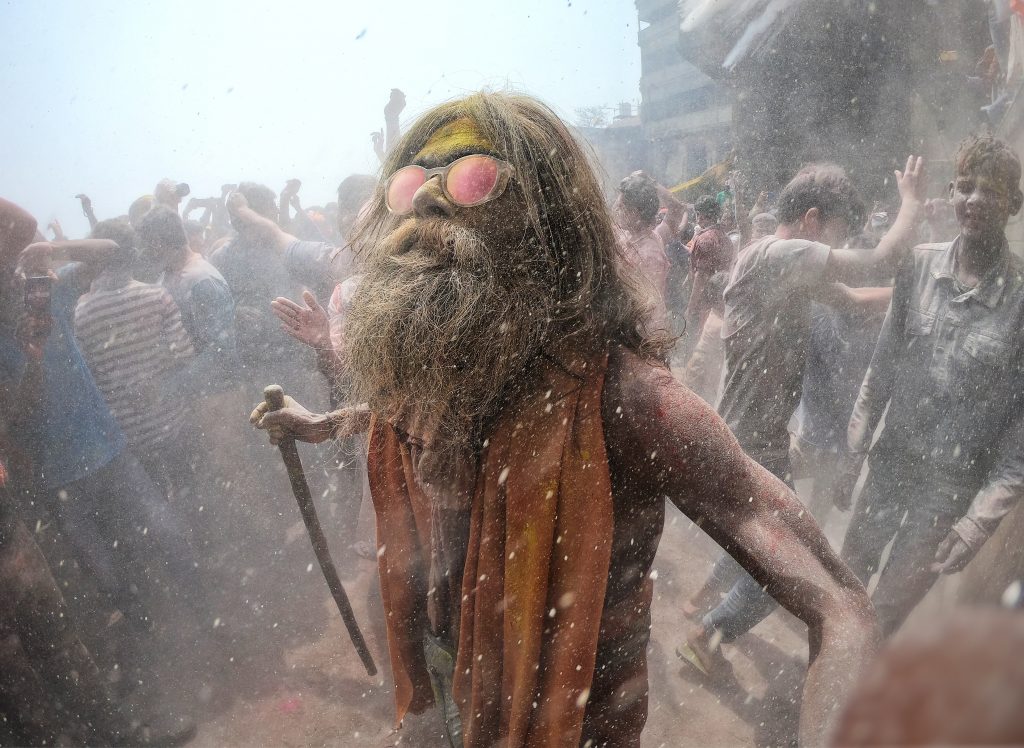 Congratulations to Priyanshu Singh, a resident of Varanasi, for his fabulous winning image of an ascetic dancing in celebration of Holi at the Manikarnika Ghat in Varanasi.

Speaking about the winning photograph, Mayuri Pitale, Head of Marketing for GoPro India, said, “This is a magnificent, very well-deserving photograph. There is so much in this photograph that speaks out–the energy, expression, mood, movement, environment, and the colours–making it a perfect GoPro image. An excellent win by Priyanshu. Congratulations from the entire GoPro family.”

As a prize, Priyanshu will be awarded the very latest version of GoPro, the GoPro Max.

Interestingly, 17-year old Priyanshu, who is currently studying in class 12, has been practicing photography with his cellphone for the past two years, borrowing cameras from his friends, particularly a friend’s GoPro whenever it was available.

“This photograph depicts an ascetic who is lost in rapture of his celebration of chita bhasm ki Holi (pyre ash Holi). This festival, particularly at the Manikarnika Ghat, is all about devotion and joy. I was drawn to his incredible energy, even though he seemed to be lost in the moment, as if in a trance. That’s when it struck me to make an image,” says Priyanshu.

The reason he preferred to use his friend’s GoPro was to capture the environment in which this event was taking place. “As I moved closer to him, in order to make him my main subject, the wide angle view separated him from the crowd, making him appear larger but the others in the background smaller. He was swaying to the sound of the music. I moved too, trying to look for the perfect frame. In a way, we both seem devoted to what we were doing, he to his God, and I, to my camera. After multiple attempts, I finally got this frame.”

Following an extensive judging process, which was ratified by Better Photography, Priyanshu Singh, was finally chosen as the winner. His photograph of the dancing ascetic in the midst of the crowds and shower of ash, dust, water, and colour, perfectly captures the very essence of GoPro as a camera that can go anywhere, and brave any environment, capture the action, and come out unscathed.

With the GoPro Max, Priyanshu can now stop borrowing the camera and shoot to his heart’s content.

The diminutive GoPro Max is a creative powerhouse sporting two lenses, that supports 360-degree 6K (5.6K Stitched) video, and 270-degree 5.7K stills with no distortions. With the new update released in May, you can now shoot 3K videos too at 60fps and Time Lapse Video and Time Lapse Photo, all in 360 mode. The new update extends horizon levelling capability in single-lens HERO mode to TimeWarp and Photo modes, allowing for more freedom in mounting and shooting without the worry of horizon lines. It allows you to share your captured content faster than ever with the GoPro App, which is an integral part of the MAX experience. The GoPro App is a one-stop mobile editing tool for 360 content that transforms footage into polished images and edits. Among its stand-out features its six microphones to record audio from all around, for a totally immersive experience. The GoPro Max is tough, waterproof up to a depth of 16 feet, is enabled with a touchscreen and WiFi, understands voice commands, and features HyperSmooth for extreme stabilisation.

GoPro practically invented action cameras by being the first in the category, and it continues to be the leader in action, adventure and lifestyle photography and filmmaking. The GoPro Challenge was initiated in celebration of the vision of GoPro photographers and filmmakers who capturing with GoPro. In association with Better Photography, The GoPro Challenge was open to entries from all over India.

The contest, which was live on Instagram for a month, received hundreds of stunning submissions from across the country. To participate, the contestants were required to use the tag #GoProChallenge and #BetterPhotographyWithGoPro.

If you wish to see all the entries, just view the above-mentioned tags.