YES BANK, India’s fourth largest private sector bank held its first Carbon Neutral Event, the Natural Capital Awards in New Delhi. The initiative is aimed at encouraging organisations and individuals to work towards preserving the natural habitats in our country.

The fourth edition of the YES BANK Natural Capital Awards received around 40,000 entries, which included over 750 corporate applications. It was organised in partnership with Ministry of Environment, Forest & Climate Change, Ministry for Development of North Eastern Region and National Mission for Clean Ganga. This year, the awards honoured India’s leading natural capitalists across eight categories for their innovative and commendable awareness efforts to conserve the country’s natural wealth.

As the first Indian Bank to become a part of the global Natural Capital Coalition, YES BANK will integrate natural capital-led perspectives into the Bank’s strategy and operations so as to make sustainable decisions. As a run up to the awards, YES BANK organised a roundtable event with the United Nations (UN) on Mobilizing Sustainable Finance in India, at the UN Headquarters in New Delhi. The event was chaired by Yuri Afanasiev, UN Resident Coordinator and United Nations Development Programme (UNDP) Resident Representative in India. It was attended by Development Financial Institutions (DFIs), Investors, Government and stock exchanges, amongst several other industry leaders. 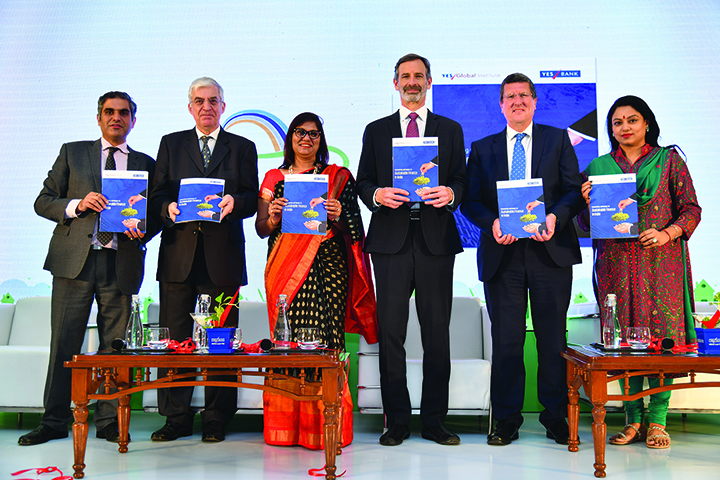 The only limited factor in the world is Natural Capital, therefore it is important that we work together to conserve it by using it wisely and ensure that we work in a manner that will keep it growing.

Speaking about the event, Shri Suresh Prabhu, Hon’ble Minister for Commerce & Industry and Civil Aviation said, “I am happy that these awards are being given to the Natural Capital protectors, conservationists and others working on this issue at the YES BANK Natural Capital Awards. The only limited factor in the world is Natural Capital, therefore it is important that we work together to conserve it by using it wisely and ensure that we work in a manner that will keep it growing.” 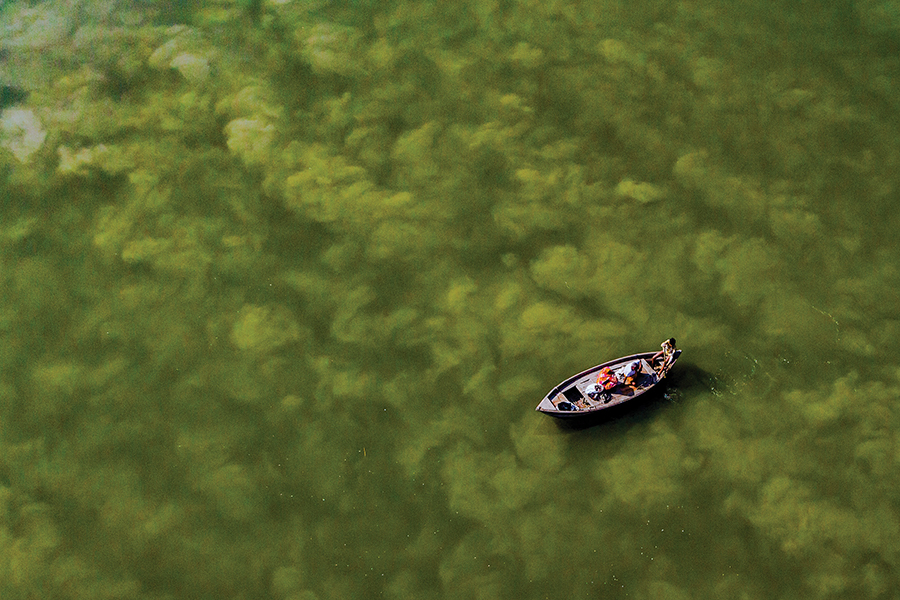 “While walking over the abandoned Lord Curzon Bridge in Allahabad, I spotted some boatmen rowing against the forceful currents of the Ganges. It was an impressive sight, but I was unable to photograph it at the time. So, I waited a year to make this image the way I’d visualised it. The prominent sand waves and striking sunlight brought out the colours and textures of the water.”

At the event, Adani Ports and SEZ Limited were announced as the winner of the Eco-Corporate-Services award, Mahindra World City, Jaipur and GVK Biosciences Private Limited were the first and second runner-up respectively. The award for the Eco-Corporate-Manufacturing category was given to Godrej Industries Limited and Associate Companies. The first and second runner-up were ACC Limited, and Ambuja Cement Limited. The winner of the Small Scale Organisation-For Profit category was Nano Bubbles Bangalore (OPC) Private Limited, while Shree Vivekanand Research and Training Institute won in the Small Scale Organisation-Not for Profit category. IIT Gandhinagar took home the award for the Eco-Campus category. Finally, Shri Pawan Kumar Chamling, Hon’ble Chief Minister of Sikkim was named the Nature Leader of
the Year.

The winners of the individual photography awards were also announced. The winner of the newly introduced Capturing the Ganges category was Mr. Narendra Kumar Pandey, and the Trailblazer award (which is for a photo essay on a series of photographs) was won by Mr. Nikhil Tambekar. Furthermore, the Pixel Perfect category was won by
Mr. Baiju Patil, and Mr. Naresh Singh and

Mr. S. Krishnamurthy were the first and second runner-up respectively. As the initiative picks up steam, this edition certainly saw some stunning entries. 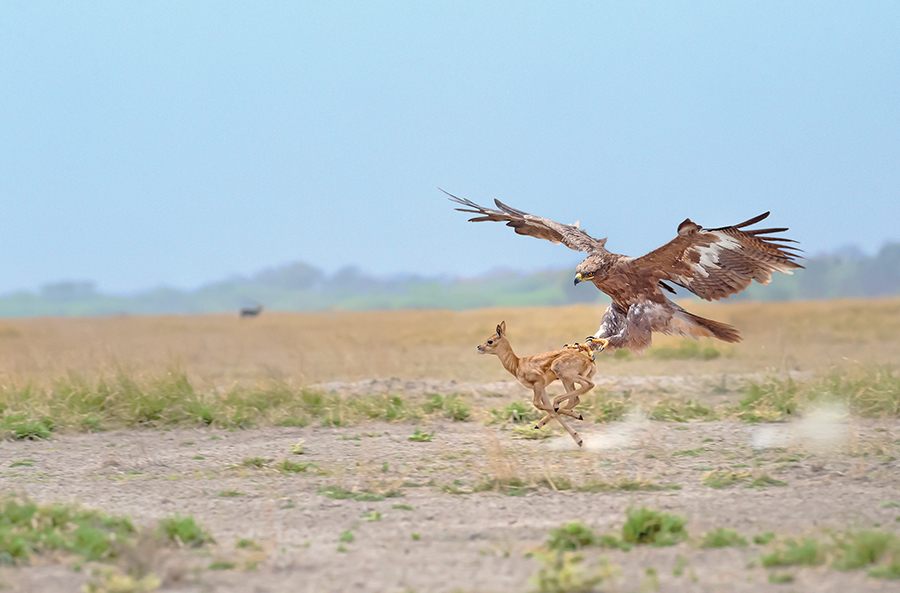 “I made this image in Tal Chhapar Sanctuary in Rajasthan which is known for its Blackbuck population. We were driving through an open field when I spotted a large and formidable Steppe Eagle descend towards a vulnerable Blackbuck fawn, running for its dear life.” 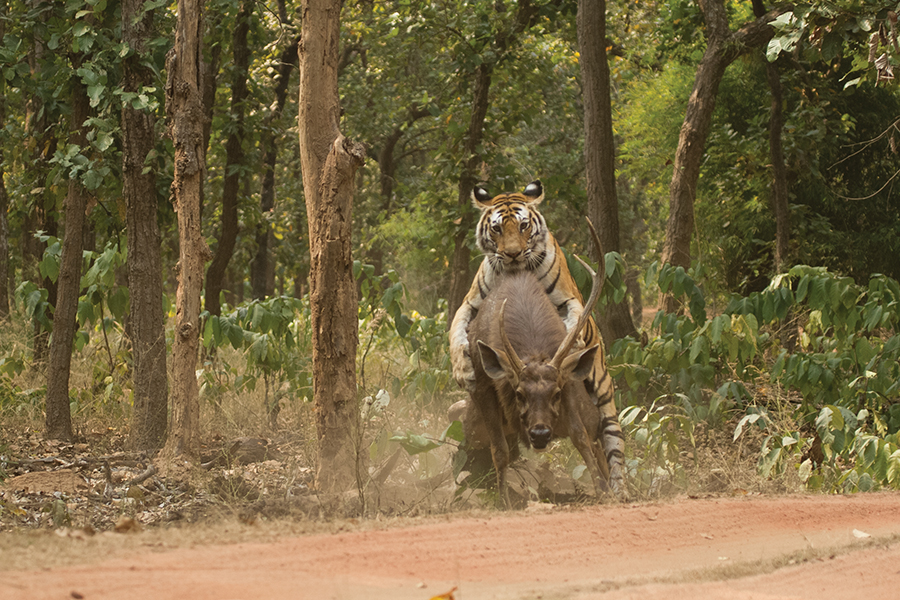 “I work as a naturalist and driver in Bandhavgarh. On this occassion I was driving two photographers through the Maghdi zone in the national park when we spotted a tigress giving chase to a large Sambar. The dramatic scene concluded with the prey succumbing to its injuries.” 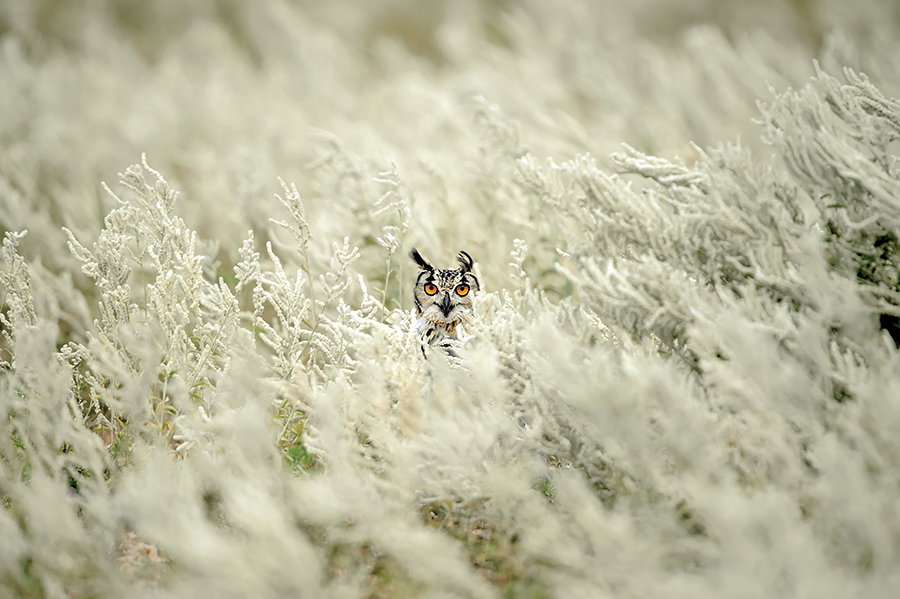 An owl with searing yellow eyes plays hide and seek in a field of Mountain Knot Grass in Tamil Nadu. 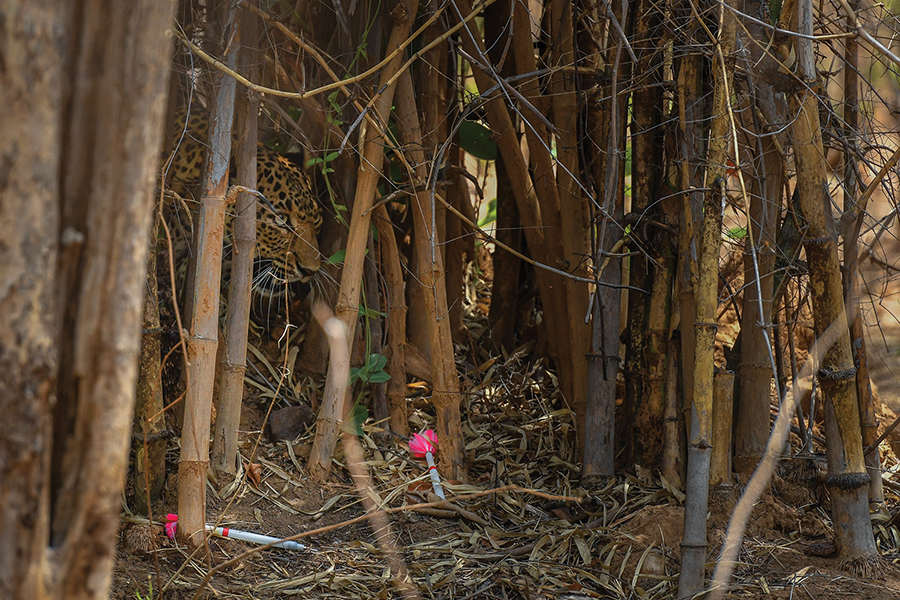 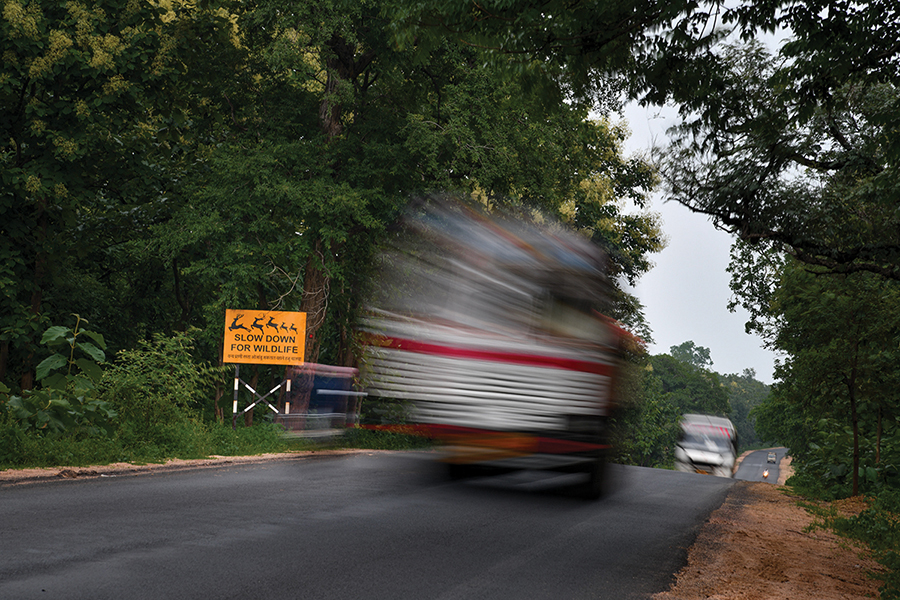 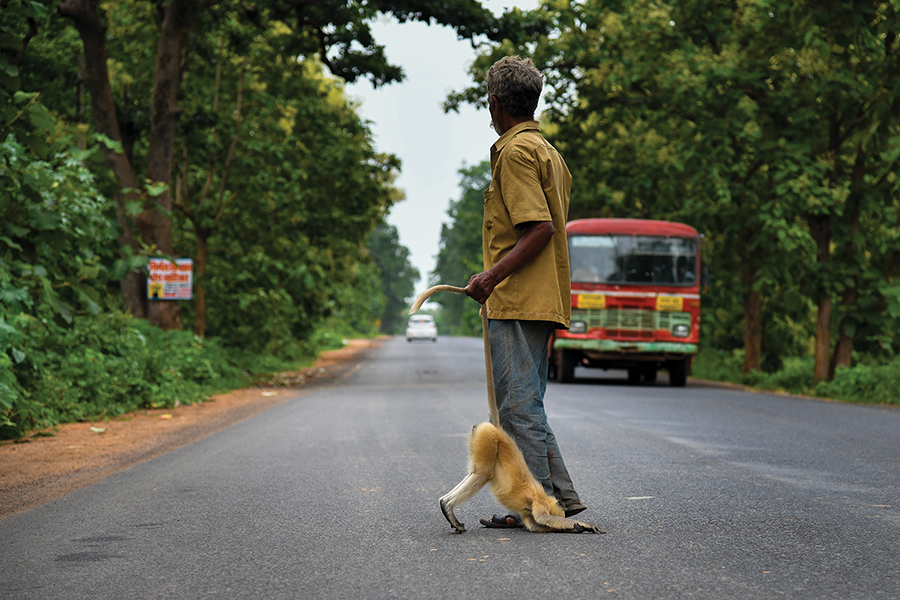 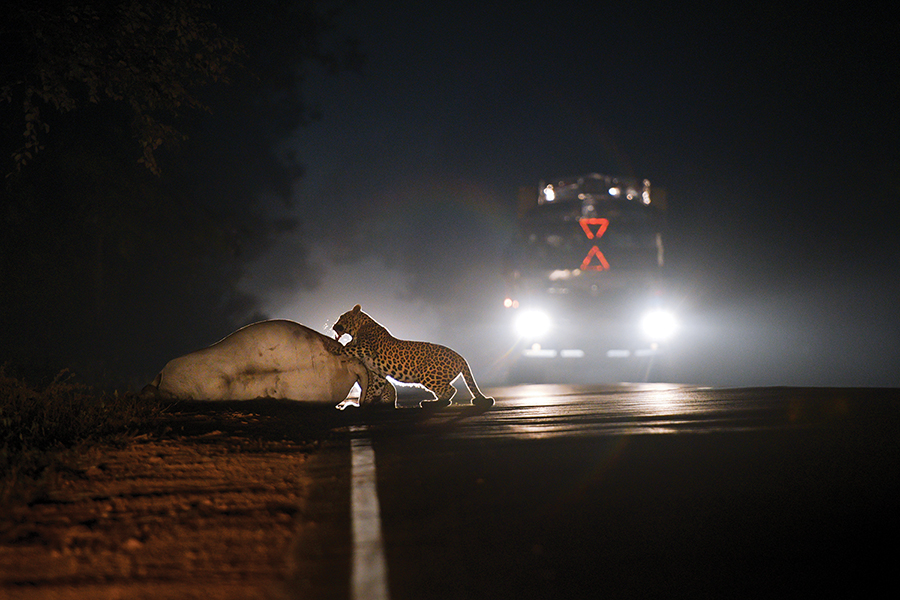 “Titled, The Highway Trap, I created this series of images to depict the perilous nature of life for animals living too close to the national highway. Made on the strip between Chandrapur and Gadchiroli, the images largely illustrate the tricky situation of a leopard from the area.”